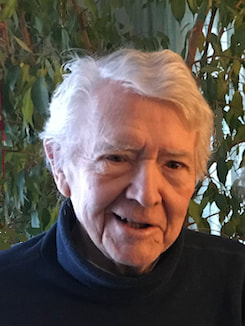 Wayne Kines is a Canadian journalist and broadcaster who first became a consultant to the UN in 1968, for Paul Hoffman, the founding Administrator of the United Nations Development Programme (UNDP) and for Philippe de Seyne, the Under Secretary General of the UN for Economic and Social Affairs - in preparation for the 2nd Development Decade. He was a strategic contributor to the UN General Assembly's unanimous Resolution, in 1969, for the Mobilization of Global Public Opinion and the adoption, in 1970, for this 2nd Development Decade. In 1971, as Director of the European Office for the UN Centre for Economic & Social Information (CESI) based in Geneva, he worked with all Agencies and Organizations of the UN System to advance the multi-media strategy for this Development Decade.

In 1972, he was seconded to coordinate the participation of all non-governmental organizations in the UN Conference on the Human Environment in Stockholm. This coordination pioneered the effective contribution of international NGOs directly to the plenary discussions and debates of that event. Unanimous adoption of all recommendations proposed for the Stockholm Conference were then presented in tabloid newspaper form to all governments, NGOs and mass media prior to their adoption and implementation by the UN General Assembly in late 1972.

​This model tabloid presentation and global distribution was the prototype for the UN's Development Forum for the 15 years that followed. During this period, Mr. Kines had become the Director of Communications for the UN Environment Programme, headquartered first in Geneva, than Nairobi to disseminate the information and recommendations of global environmental problems and solutions.

Subsequently, having returned to Canada and his role as principle officer of World Media Initiatives (WMI), he conducted similar campaigns in preparation for the Brundtland Commission process and Report 'Our Common Future' that moved the UN forward on the goals for sustainable development, leading to the recommended UN Earth Summit in Rio in 1992.

Mr. Kines also focused his attention on actions contributing to the advance of the World Heritage Convention, advocacy for the UN Declaration of Human Rights for Indigenous Peoples. He also became directly involved in primary healthcare mobilization in the field, as well as in the global media strategy to disseminate knowledge of this health care and its value. To this end, he became a co-founder of NIGH that is herein shared as a model for engaging and empowering individuals to contribute their experience, knowledge and strategies for advancing global health from grassroots levels.

Mr. Kines has worked professionally in all aspects of mass media. For his leadership in the education and training of ordinary citizens and established ​professionals seeking to enhance their participation in the global exchange of ideas — as well as for his own verbal communication skills — Mr. Kines as been awarded the rank of Distinguished Toastmaster (DTM), the highest honour bestowed by Toastmasters International, the non-profit educational organization that teaches public speaking and leadership skills through a worldwide network of Clubs.

From all of these vantages, Mr. Kines has served the founding and development of the NIGH, facilitating and overseeing NIGH's communications and media strategies worldwide.