Nightingale Initiative for Global Health (NIGH)
Our past and our future....
Remembering Stockholm 72 — NIGH's Direct Connection
Advocating to achieve the UN SDGs directly connected to global environmental efforts for healthy people on a healthy planet. Credit >>>
NIGH's Co-Founder was there — making his difference in Stockholm 72 and beyond...
With this remarkable endeavor, Wayne continued his 50+ year career to focus on grassroots participation encouraged and empowered at global, national and regional levels. This, in turn, established the foundational values of the Nightingale Initiative for Global Health (NIGH) and our future work.  As well, Wayne's model tabloid presentations —  and global distribution — became the prototype for the UN's ‘Development Forum’ for the 15 years that followed. During this period, Wayne Kines also became the Founding Director of Communications for the UN Environment Programme (UNEP) — headquartered first in Geneva, than Nairobi — to disseminate the information and recommendations of global environmental problems and solutions. ​​
You can learn much more about Wayne Kines and the values he has brought to his extraordinary career here >>> 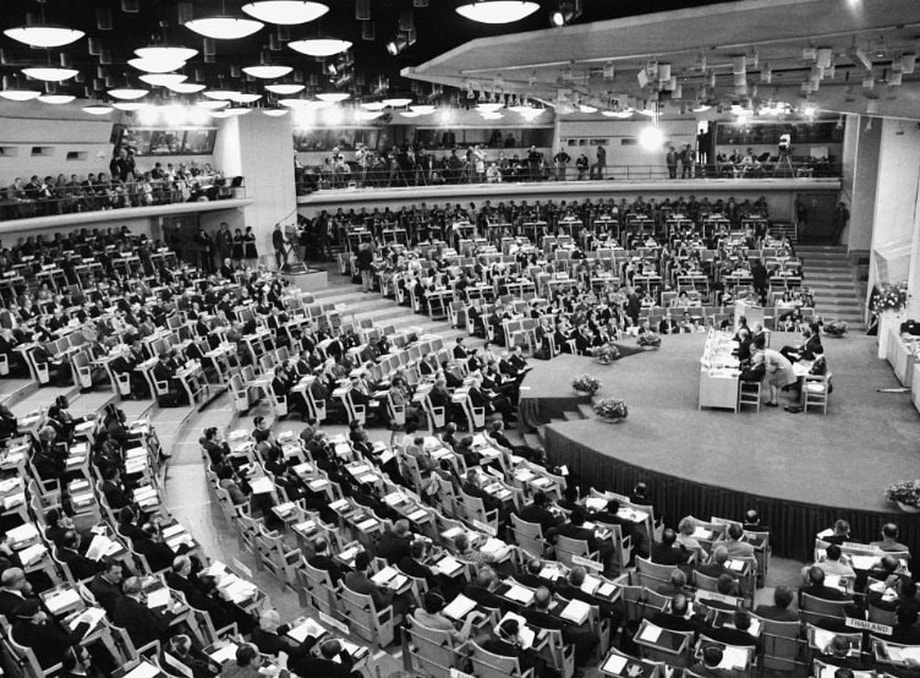 Plenary Session at Stockholm 72 where NGOs representing global environmental concerns officially presented and their recommendations were unanimously acted upon as official outcomes of this Conference. Image from https://www.environmentandsociety.org