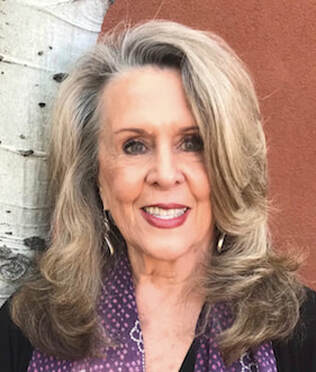 Barbara is an author or co-author of 25 books, and numerous journal articles and book chapters. Her most recent include Holistic Nursing: A Handbook for Practice (7th ed., 2016), Nurse Coaching: Integrative Approaches for Health and Wellbeing (2015), The Art and Science of Nurse Coaching: The Provider’s Guide to Coaching Scope and Competencies (2013), and Florence Nightingale: Mystic, Visionary, Healer (Centennial Commemorative Edition, 2010).

Barbara’s Theory of Integral Nursing (TIN) (2008) is a grand nursing theory that presents the science and art of nursing. It includes an integral process, integral worldview, and integral dialogues that is Praxis—theory in action. It also includes compassionate care of the dying, and nurses’ roles as 21st Century Nightingales. Her co-authored Theory of Integrative Nurse Coaching (TINC) (2015), a middle-range theory, is a framework to guide integrative nurse coaches in nurse coaching practice, education, research, and healthcare policy.

Her collaborative global nursing project, the Nightingale Initiative for Global Health (NIGH) and the Nightingale Declaration Campaign (NDC) have been developed to strengthen individual commitment toward achieving a healthy world as a priority objective for action by ordinary citizens, by civil society organizations and by all governments, local and national. Related NIGH projects have included developing the 2010 International Year of the Nurse (2010 IYNurse). Beginning in 2016 the NIGH focus has been to advocate, worldwide, for the achievement of the 17 UN Sustainable Development Goals (SDGs) that all Member States of the United Nations (UN) unanimously approved as moving towards the 2030 Sustainable Development Agenda.

Barbara is a Fellow of the American Academy of Nursing. She is certified in Holistic Nursing (AHN-BC) and Health and Wellness Nurse Coaching (HWNC-BC). She is a 11-time recipient of the prestigious American Journal of Nursing Book of the Year Award. Other awards include the following the 1985 Holistic Nurse of the Year by the American Holistic Nurses' Association; the 1998 Healer of the Year by the Nurse Healers Professional Associates International, Inc.; the 1999 Pioneering Spirit Award by the American Association of Critical Care Nurses; the 1999 Scientific and Medical Network Book of the Year by the Scientific and Medical Network, United Kingdom. In 2001 she was recognized as TWU 100 Great Nursing Alumni, Texas Woman’s University, Denton, Texas. In 2003 she received the Distinguished Alumna Award from Baylor University, Waco, Texas.